How To Spot Fake Apple iPhone 12 (Any) 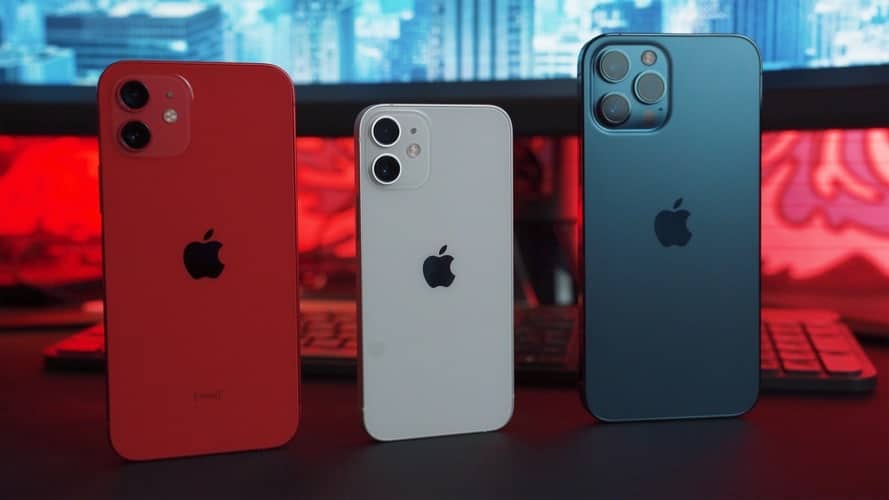 Want to learn how to spot fake Apple iPhone 12 devices?

If you want to buy a new iPhone 12, then you most likely want to know whether what you’re buying is a fake or real Apple iPhone 12.

Just by reading this real vs fake Apple iPhone 12 authentication guide, you are going to easily know whether you have the real deal or the counterfeit iPhone 12.

First things first, we’d like to mention that this guide applies to all of the variations of the iPhone 12: the regular version, the Mini, the Pro and the Pro Max.

To put it shortly, the fastest route to spotting fake iPhone 12 devices is the serial number. If you go to Apple’s Check Coverage website, there you will be able to scan your iPhone 12’s serial number and see whether it is in Apple’s database of products or not. Another very good way to spot clone iPhone 12 devices is by checking the interface, as the replica devices never use the correct iOS user interface, while the authentic devices are always on point.

Step 1: Test the serial number of your Apple iPhone 12

You can easily find the serial number of your Apple iPhone 12 in the settings, by following this pattern:

In the image above you can see the serial number seen on the authentic Apple iPhone 12’s settings area. We’ve covered the last four digits in order to offer privacy to the owner of the device.

Now, let’s get to Apple’s https://checkcoverage.apple.com website, where we’ll have to input our items’ serial numbers.

As you go to that website, you’ll have to input your item’s code and to complete a Captcha that proves you are a human.

Next up, you will see the result of your product’s serial number, and if your item is authentic, it’ll look just like in the image above.

In the image above, we’ve shown you how the result looks like, from the authentic product’s serial code which we’ve previously highlighted.

What if my iPhone 12’s serial number doesn’t scan?

In most cases, if the serial number doesn’t match Apple’s database, you are most likely looking at a fake pair of Apple iPhone 12s.

Though that’s not necessarily true in all cases – there can be just a little error, as we’ve previously seen authentic iPhone 12 devices that don’t have this code scanning properly.

In fact, that’s even why we recommend that you follow the rest of the guide, as the actual phone matter the most when checking them more than their serial number – what’s in hand matters the most.

Step 2: Check the details at the top of the screen on your Apple iPhone 12

Going to the second step of the guide on how to spot fake Apple iPhone 12 devices, we are now going to quickly talk about the details at the top of the devices.

In order to do so, we are actually going to unlock both the real vs fake iPhone 12s because we want to see the date in the top left corner, as well as the other icons in the op right corner of the screen.

As you can see in this picture with the real vs fake Apple iPhone 12 devices above, we have pointed out how the fake phone uses the Android interface instead of the authentic iOS look.

Starting with the left side’s details, you can observe how the fake Apple iPhone 12 has its “20:31” time text looking too small and too thick when put side-by-side with the real iPhone’s “1:58” time text.

Then, if we look at the battery’s icon in the top right corner of the screen, it is pretty visible how the fake phone’s icon is too small and too thin, therefore being the wrong one.

On the other hand, the authentic Apple iPhone 12’s battery icon is the same usual one that we’ve seen all over the authentic devices, and it is bigger and thicker than the fake one.

Step 3: Have a look at the time written on the lock screen of the iPhone 12

For the third step of the guide on how to spot fake Apple iPhone 12 devices, we are now going to chat a bit about the date that’s written on the lock screen of the fake vs real iPhone 12s.

First of all, yes, the authentic iPhone 12 image is actually a screenshot, while the fake picture is taken outside of the phone.

Looking at the image with the real vs fake iPhone 12 phones above, you can see how the fake device is yet again using the Android interface when it should be the iOS one.

Step 4: Examine the icons on the home screen of your Apple iPhone 12

Now that we’ve reached the fourth step of the guide on how to authenticate iPhone 12 devices, we are now going to speak a bit about icons on the unlocked screen of the phones.

In order to keep this step relevant, we are going to talk only about a few of the standard Apple icons. By that, we mean that we’re going to focus on the icons from Apple’s apps, such as FaceTime, Calendar and App Store.

The image with the real vs fake Apple iPhone 12 devices above shows you how the fake phone has three wrong icons.

Beginning from the top, you can notice how the fake iPhone’s FaceTime icon is wrong, as the right edge of the camera on the icon has two tiny cut lines, therefore letting the green lines inside where it should be white.

Looking at the genuine Apple iPhone 12, you can notice how the FaceTime icon is perfectly done, as it isn’t letting any green inside where it should be white, unlike the fake product’s icon.

Up next, the Calendar app’s icon is also wrong, as you can see how the font used to tell you the current date is the wrong one. Yet again, we’re encountering a Android theme on the fake phone.

As for the real iPhone 12’s icon, the Calendar app’s number uses the same font as in any other place seen within the real phone.

Lastly, the third flawed icon on the fake Apple iPhone 12 is the App Store’s icon, as the fake phone uses an older iOS App Store icon, while the authentic one, well…. It uses the right and the newer icon.

At the same time, the fake iPhone 12’s App Store icon is spelt as “AppStore” with no blank space in-between the words, while the authentic one is actually spelt with an empty space, therefore saying “App Store”.

Let’s move to the back of the phones, because here we want to check the cameras.

As you may know, the Pro iPhone 12 devices have three cameras, while the non-Pro devices have only two cameras. No matter how many cameras you phone has, we’ve got you covered in this step.

Looking at the real vs fake Apple iPhone 12 Pro Max image above, you can see how the fake phone’s outline that’s all around the cameras is too thick and too big.

Speaking about the authentic Apple iPhone 12 Pro Max, you can see how its cameras have a thinner outline, as they’re not as big as the fake ones.

As we’ve promised, we’ve got you covered with the non-Pro cameras as well, where the same flaw can be visible within the fake iPhone – the cameras are too big and to thick on their outlines.

On the other hand, the authentic Apple iPhone 12’s outlines all around the cameras look thinner and quieter than the fake ones.

Step 6: Examine the text written on the back of the box from your iPhone 12

The sixth step of the guide on how to spot a fake Apple iPhone 12 will have us looking at the rear side of the boxes of the real vs fake iPhone 12 devices.

As always, let’s quickly check the image with the authentic vs fake Apple iPhone 12 boxes, and right after that, we’ll break down the flaw on the fake box, as well as the counterpart of the real box.

In the image with the authentic vs fake Apple iPhone 12 boxes above, we have pointed out how the fake box has its text at the wrong font-weight.

That means that the fake box’s text is too thick, as the letters are too big and too bulky, therefore being “louder” than the real ones.

Mentioning the real ones, you can see how the authentic Apple iPhone 12’s box has thinner letters, since these are more subtle and less visible than the fake ones.

We will finish this authentication guide by recapping the differences between the counterfeit vs authentic Apple iPhone 12 devices.

Therefore, please find below the differences between the authentic vs replica Apple iPhone 12 devices in fewer words from the full guide above.

If you have read this guide and are still uncertain about whether your iPhone 12 is real or fake, the Legit Check App offers an authentication service to put your mind at ease.

Should you either not be confident in your ability to follow this guide or are simply lacking time, all you have to do is send us high-quality pictures of your Apple iPhone 12 and we will get back to you with the results within 24 to 48 hours.

The results will also come with a report on why we believe your iPhone 12 is fake or authentic.