How To Spot A Fake Apple Watch (All Series) 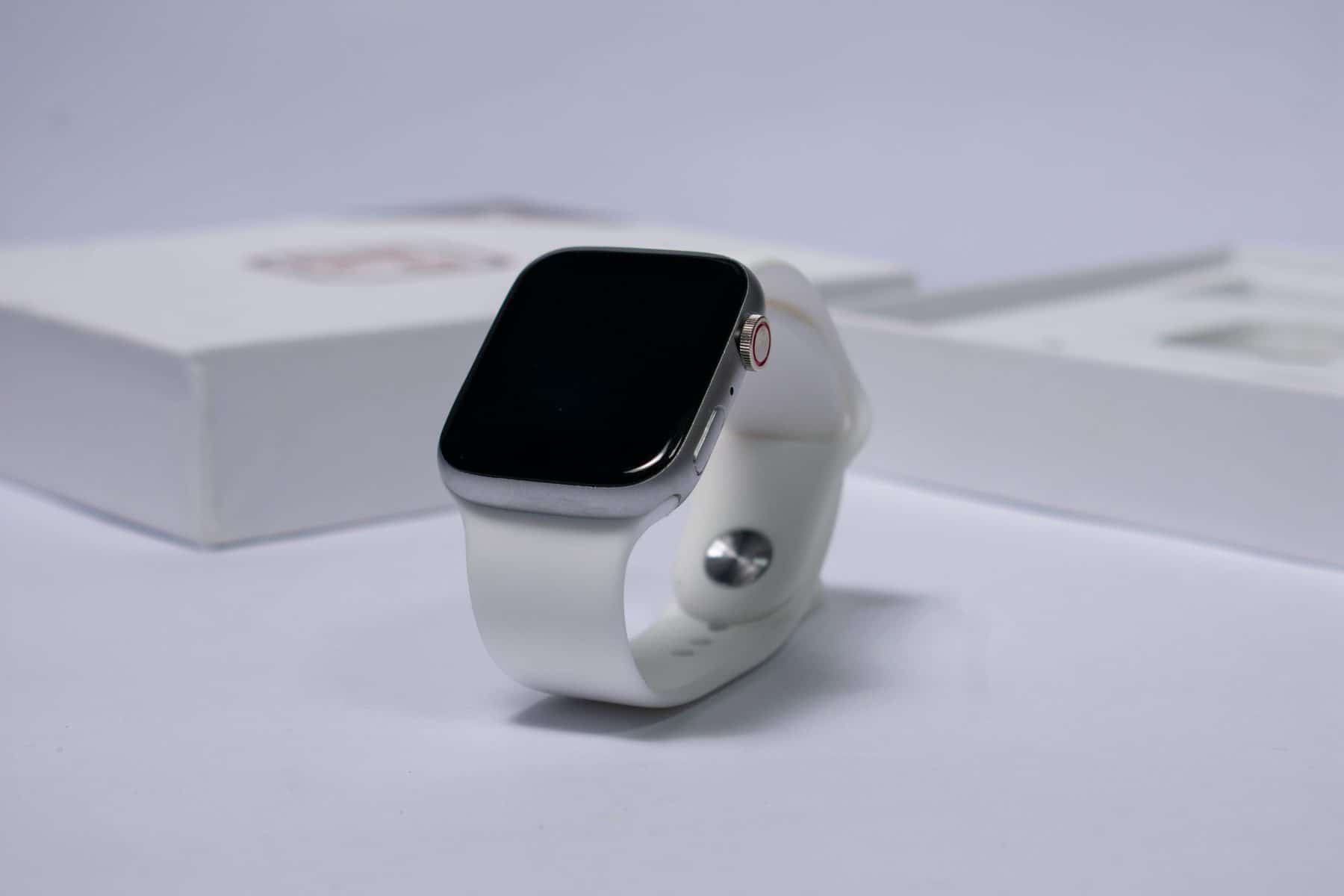 Looking to learn whether you have a real or a fake Apple Watch? Tired of fakes and scams?

If that’s your situation, then no worries – you’ve come into the right place to learn how to spot fake Apple watches.

This fake vs real Apple watch guide will teach you everything you need to know in order to spot any fake Apple watches.

We’d like to mention that this real vs fake Apple watch guide applies in general to almost every release of the Apple watches, even though some features are more or less different from one model to another.

Along with every step of the guide on how to authenticate Apple watches, we are going to link reference real vs fake Apple watch comparisons.

These images with the real vs fake Apple watches will help you easily identify the flaws on the replica watch, as well as the details on the genuine watches, and how they are supposed to look like.

How to spot fake Apple Watches (All Series)

To put it shortly, the fastest way to spot fake Apple watches is to look at the serial code that’s written on the rear side of your watch and scan it on Apple’s Check Coverage website, where they can tell you easily whether you have a real or a fake Apple watch. If that is not enough, follow the guide to see the rest of the ways to authenticate Apple watches.

This serial number that we’ve previously mentioned a lot can be found on the rear side of your watch – for recent models, or in its menu, and in order to check it, you’ll have to go to https://checkcoverage.apple.com.

As you go to that website, you’ll have to input your item’s code and complete a Captcha that proves you are a human.

Next up, you will see the result of your product’s serial number, and if your item is authentic, it’ll look just like in the image below.

Pretty much the only thing you’d have to care about when thinking of the authenticity of your watch on Apple’s website is the first green check: the Valid Purchase Date.

The Valid Purchase Date can give you at least 90% assurance that your Apple watch is authentic, and so, you’d have a lot of peace of mind just from this check.

What if my Apple watch’s serial code doesn’t match?

We are here to answer to that question as well. Yes, there can also be bad news when checking the serial number, and that is pretty much the red flag which commonly tells that an Apple watch is fake.

This image was used from the test of an Apple iPhone 11, but the fake results are always the same for every Apple product that’s scanned on the Check Coverage website.

As you can see in the image above, the replica item’s serial code was scanned on the website, and the website basically told us that they couldn’t find that specific serial code in their system, which leads us to the bottom line of a fake product.

Step 2: Verify the packaging box of your Apple Watch

Keep in mind that the genuine Apple watch boxes have to use high-quality materials, including the printing ones, as a genuine Apple box is hard to have its text peeled or faded, while for example, this is one of the most common flaws on the replica Apple boxes, including the fake Apple watch boxes. Furthermore, search online and have an idea of the original packaging that comes together with your specific Apple Watch.

Step 3: Check the graphical user interface of your Apple Watch

The graphical user interface is crafted by all of the icons of the apps, the menu, and actually the general software available on your Apple watch. Now, let’s quickly have a look at the comparison image between the real vs fake Apple watches for their GUI icons.

In most cases, the replica Apple watch manufacturers get the icons wrong, as they don’t always use the right shades, shapes, or even symbols for their icons on the display of the watches. This mainly has to do with the software installed on the watch, which for the replicas is more often than not the Android.

In the image with the real vs fake Apple watches above, you can see what the GUI of the genuine Apple watches is supposed to look like – all of the icons are listed right there.

Yet again, we’d like to mention that you have to pay attention to these icons because even though they might not look like a big deal, even these icons can easily tell you the authenticity of your device.

Step 4: Inspect the serial number’s appearances on your apple watch

In the image above, we have highlighted the first two places where you can find your watch’s serial number, and that’s in the “About” section of the settings, on your Apple devices and on the watch itself.

Looking at both the Apple iPhone and the Apple watch, you can see how the serial number is mentioned and how it matches on both of the devices.

This image from above portrays the back of a fake Apple Watch 6 Series, where you can see how the serial code is not even there.

The genuine Apple watches must have their serial code listed on the rear side of the case, so keep in mind that this is something you’d have to look out for as well.

Just as we spoke about it, here it is – an authentic Apple Watch, with its serial code engraved on the left side.

As a side detail, this is the genuine serial code that we’ve used for the first step of the guide on how to spot fake Apple watches.

Step 5: Look at the controls/buttons on the side of your Apple Watch

Flipping the real vs fake Apple watches to their profile sides, let’s have a look at their buttons.

Basically, we are talking about the only two physical buttons on the side of the real vs fake Apple watches, and so as to see what this is about, let’s have a look at the image below.

In the picture with the real vs fake Apple watches above, we have pointed out how the replica Apple Watch has a different design when it comes to its side button and crown.

What’s about the buttons is that we recommend you to check their functions and to see if they actually work and if so, if they do the job properly. This is besides their design

That’s because some of the replica Apple watches often break easily, and therefore, they cannot perform their job as genuine Apple watches – this is all due to the quality of the materials used to build the watches.

The sixth step of the guide on how to see real vs fake apple watches brings us to the screens of the fake vs real Apple watches.

Regarding the screens, we are going to talk about how glossy and shiny the fake watches are, as well as what the genuine screens will always look like.

The image with the real vs fake Apple watches above shows you how the fake watch has its screen a bit too glossy and shiny, as it reflects way more light than it should. Its overall quality is quite low, to say the least.

Looking at the genuine Apple watch, you can see how its screen presents higher quality since it almost doesn’t reflect any light at all, and how it isn’t as glossy as the replica screen.

Step 7: Check if your Apple Watch allows you to change its bands

As for the seventh method on how to spot fake Apple watches, we are going to discuss a fairly simple spot to check, and that is the band of the watch.

Just as a point of reference, we’ve highlighted an authentic Apple watch in the image above where you could see its band, together with the two buttons that help you interchange it.

Step 8: Look at the back side of your Apple Watch

Just as always, let’s quickly brief the reference authentic vs replica Apple watch image, and after that, we’ll explain the situation with the two watches.

The flaw on the replica watch’s rear side is that it has a different layout from the authentic Apple watch’s layout. This also has to do with the different sensors equipped on the fake item.

While the authentic Apple watches evolve and get better with each new series, they still have the same layout and pattern that’s been followed in the previous series as well.

How can I spot a fake Apple Watch in 60 seconds?

We will finish this authentication guide by recapping the differences between counterfeit vs authentic Apple watches.

Therefore, please find below the differences between the authentic vs replica Apple watches in fewer words from the full guide above.

Where can I get my Apple watch authenticated? The Apple authentication service

If you have read this guide and are still uncertain about whether your Apple watch is real or fake, the Legit Check App offers an authentication service to put your mind at ease.

Should you either not be confident in your ability to follow this guide or are simply lacking time, all you have to do is send us high-quality pictures of your Apple watch and we will get back to you with the results within 24 to 48 hours.

The results will also come with a report on why we believe your Apple watch is fake or authentic.

Ch Alex is the co-founder and COO of Legit Check By Ch. Ch Alex is in charge of the "Watch Guides" section of our Legit Check By Ch Library. Alex is also the main host of our YouTube channel where our guides have helped people save millions of dollars in scams. Make sure you subscribe to our channel and check out the videos hosted by Alex!
Feel like our guide was helpful? Is what we're creating helping you?